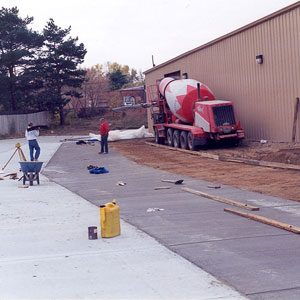 Throughout the late 1980’s and into the early 1990’s sales to material handling companies, the production bearing inner races and other races, growth as a second and third tier supplier to the automotive industry, and production of screw machine products for the United States military, all combined to make it possible for Wolverine to grow.

Wolverine began diversifying its equipment base with the purchase of its first CNC lathe in 1989. Wolverine has continued to diversify and grow. In the middle 1990’s the company purchased four CNC mills and tapping units and five 4″ 6-spindle screw machines as well as eight 2 5/8″ Acmes. This equipment was moved into the two (7200 square foot each) additions to the building in 1995 and 1998 respectively. During the 1990’s Wolverine has also added inspection equipment and computer equipment in order to remain competitive maintain and improve efficiency and customer satisfaction. Wolverine Machine became ISO 9002 and QS 9000 Certified in 1999.