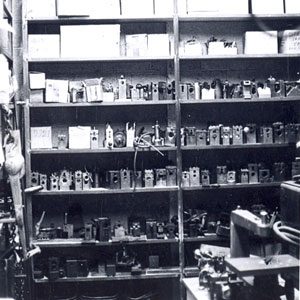 A Fire Leads to a New Shop

Wolverine’s business volume and employment remained steady during the late 1940’s and early 1950’s. On December 22, 1953, the manufacturing plant caught fire as the result of a faulty electrical repair and burned to the ground. The only part of the building which was saved was the brick and block two story office which had been built in 1946. After clearing the fire debris, Wolverine built a new cement block 13,600 square foot modern building. New equipment was purchased, damaged equipment was rebuilt, and Wolverine resumed production of quality screw machine products in March, 1954.