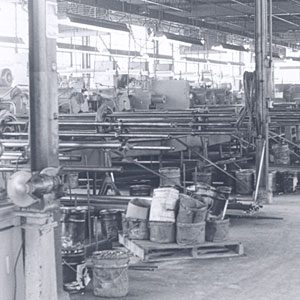 With the onset of the Great Depression after the 1929 crash of the stock market, Wolverine Machine, and a majority of other suppliers to the automotive market, struggled during the early 1930’s. In an interview of Mr. O’Neill in 1962 by Kenneth Walker, Wolverine’s current president and great nephew of C.J. O’Neill, “Charlie” recalled that he was very fortunate that the bank which held Wolverine’s loads did not fail as did every other bank in Flint. Had Citizens Bank failed, Wolverine, he said, would have been forced out of business.

Wolverine Machine recovered and resumed its growth and employment in the late 1930’s and through the World War II years of 1941-45.