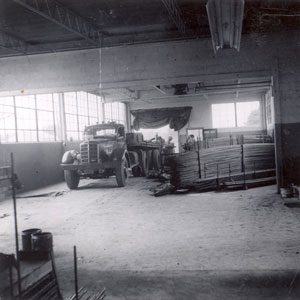 Wolverine Machine Products Company was incorporated in May, 1923, by Charles J. O’Neill. Mr. O’Neill moved equipment into a building with less than 8000 square feet of manufacturing space which had been built a few years earlier.

Prior to World War I, Mr. O’ Neill had moved from his native Canada to East Lansing, Michigan to attend Michigan State Agricultural College (now Michigan State University). After two years of study, he became a buyer at Chevrolet prior to serving in the United States military. He worked as an independent manufacturer’s representative after World War I.

Wolverine’s major customer during the early years of its history was Chevrolet Motor and then after the middle 1920’s. General Motors Corporation. Fasteners and other screw machine products could be produced efficiently on the newly developed screw machines and Wolverine’s sales and employment grew steadily during the 1920’s.